While we are writing this, we can hear big wet snowflakes falling on our tent in our advanced base camp (ABC). After eight very exhausting but also impressive days on the mountain, we got here two days ago.

After we had rested and recharged our batteries at the Chinese Base Camp at the end of July, we climbed to Camp I on 2nd August. The ascent over the heavily crevassed glacier was long and exhausting, and we were wondering how many more times we would have to cross this tough terrain. We were lucky that we had delayed our ascent by one day as the strong sun had triggered numerous avalanches on that day.

The next morning, we climbed up through the couloirs, which we know so well by now. The snow was knee-deep and we had to break trail along the ridge all the way to the shoulder and then to Camp II – a very exhausting undertaking and with 11.5 hours of ascent, a very long day. When we got there, we quickly dug out and pitched our tents, which we had deposited near a big rock. As we were very dehydrated we were melting snow until the late evening.

The next morning started with us singing “Happy Birthday to You” for Darek at 5am – a rather breathless performance, which earned us a piece of birthday cake (!!!) that his mum had made for him. After our early morning choir, we packed up all our gear, shouldered our heavy packs and broke trail to Camp III, where we pitched our tents and, once again, melted lots of snow. As so often on this expedition, we had a very impressive and pleasant evening during which we discussed our tactics and plans for the next day. The following morning, Maxut and Darek descended to Camp II to get more ropes while Vassily, Tommy and the two of us ascended further up the mountain to find the route and fix the ropes, where necessary. We had set our time limit for 3pm, as we did not want to return too late to our tents at 7,300m as drinking and recuperating had become more of an effort higher up.

We were very pleased with the progress we had made that day and the plan for the next day was to spend one night at Camp IV. After the first sunrays had hit our tents at about 6am, we knew we had a promising day ahead of us. Wrapped up in our thick downsuits (it was bitter cold that morning), we were hauling our heavy rucksacks over mixed and difficult terrain. Tommy descended to Camp I, where he had left his downsuit (he only wanted to take it up for our summit attempt).

During the course of the day, heavy clouds moved in and it started to snow heavily in the afternoon. At about 7,900m, we found a small rocky ledge, which was just big enough to pitch our two tents. We were only about 100m below our planned Camp IV, however, the snowfall was too heavy and the route too steep to carry on in this whiteout. Despite the bad weather, we were still convinced that we would be able to continue our climb the following day. But the precipitation did not stop and it continued to snow all through the night and the following day. We discussed the situation and thanks to our satellite phone, we were able to ring Charly Gabl in Innsbruck, who told us that the snow would stop the next evening. We melted as much snow as possible, slept a bit, dug out our tents, put the world to rights and hoped that Charly would be right with his forecast. And at 9pm it stopped, the skies cleared and the temperature dropped to about minus 20 degrees. It is actually quite difficult to put into words what we were faced with the next morning, when we unzipped our tent. It was beautiful to see various mountaintops peaking through the cloud cover – a view that one does not get to see very often. We were at almost 8,000m and completely above the clouds. It may sound corny, but the only thing we could and wanted to do was say THANK YOU for being able to experience something like this. Even our tough Kazakh friends and Darek were absolutely fascinated by this natural spectacle. Max, Vassu and Gerlinde grabbed the rope and climbed further up the mountain to find the route and fix it, where necessary. Ralf and Darek took the tents down, packed everything and followed them with all the gear. At about 8,000m, we found a small snow-covered rocky ledge, which we are planning to use as a platform for our next ascent, which will hopefully be the summit attempt. This “Camp IV” is a perfect and indescribably beautiful place, from which the summit seems only a stone-throw away. We climbed up another 70 vertical metres to check out the Japanese Couloirs.

After this reconnaissance, we abseiled down to about 6,600m, where we spent another night. The fresh snow was hip-deep in some places (flat areas) and there were some avalanches coming down on steeper terrain. We were all pretty happy to descend to our ABC the following morning. Starved, tired but content we reached our mess tent, where Abdul and Tommy had been waiting for us. They had been a little bit worried and were very happy to see us in pretty good shape after eight days on the mountain.

We were so hungry and tired that we all completely finished our plates and were tucked up in our sleeping bags at 8pm.

And now, we need a few days to rest and recuperate, and as usual we are hoping for a weather window….

But whatever may happen, this expedition has already been an enriching experience for all of us and we would not want to miss one single day. Please do not run out of patience and keep your fingers crossed that we will get a real chance for a summit attempt. We will spend the next few days in our Chinese Base Camp and will be in touch before we go back up the mountain.

But for now, we are sending you warm regards and hope you are having a great summer. 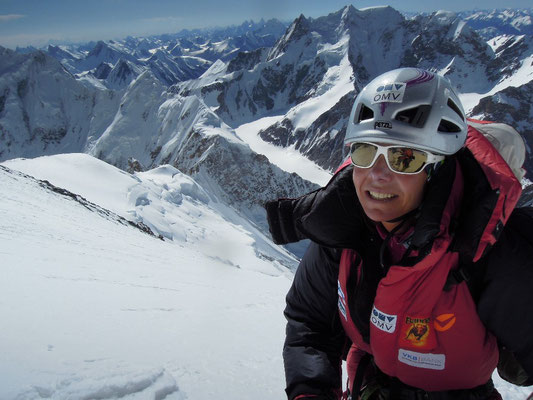 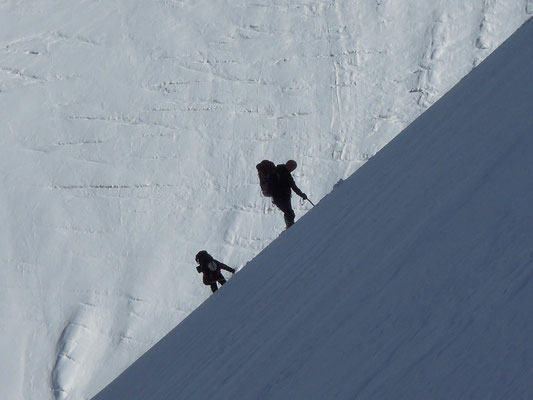 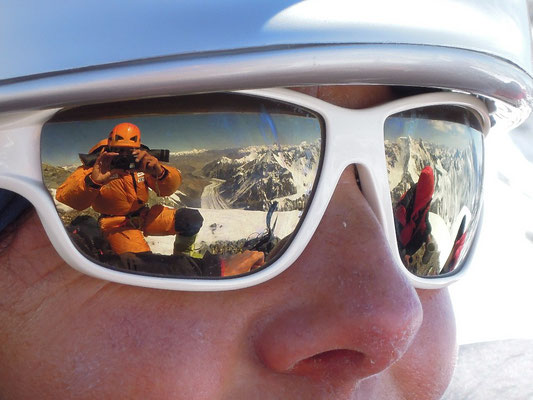 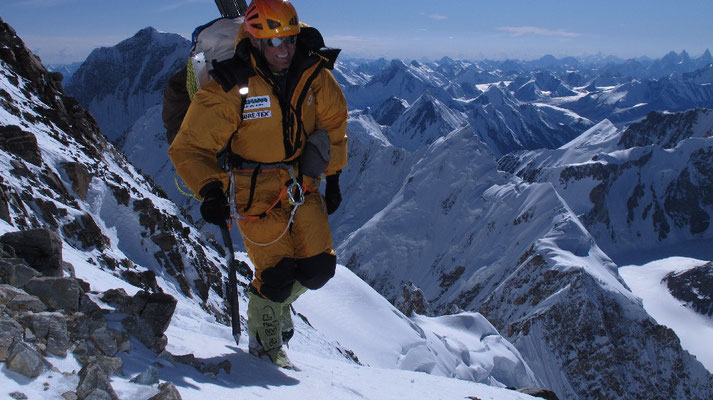 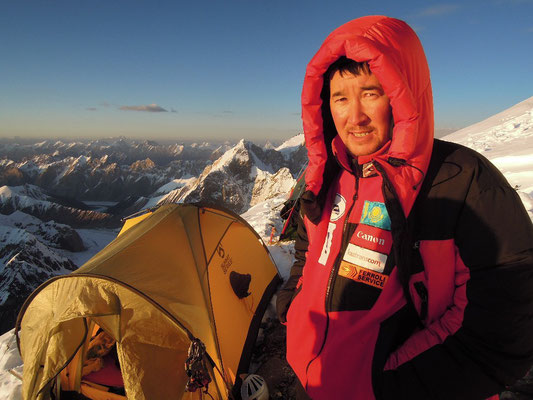 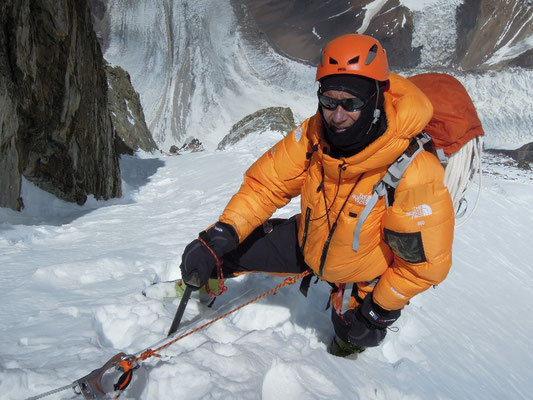 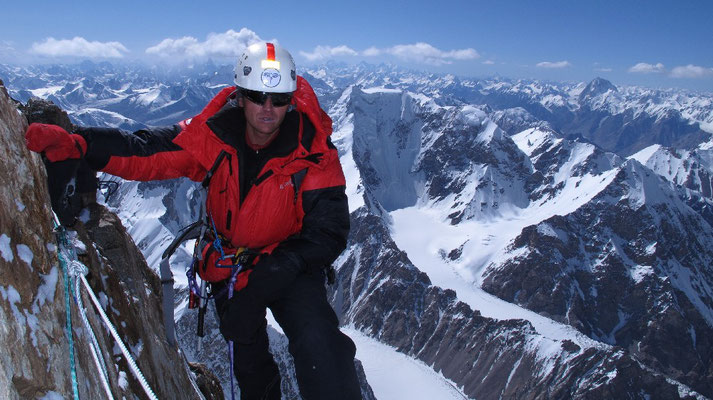 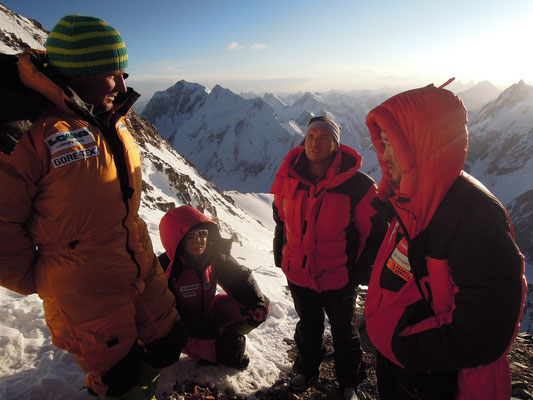 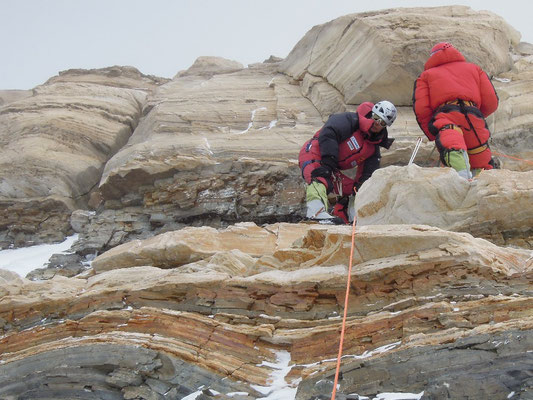 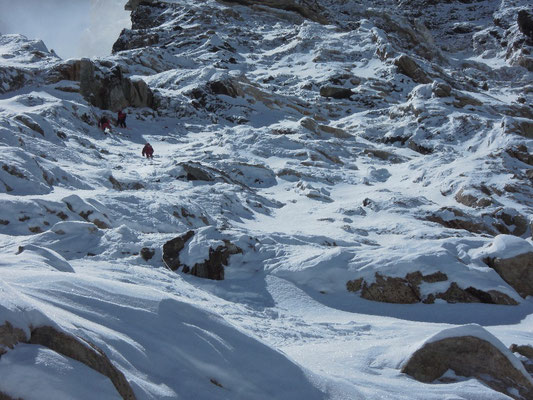 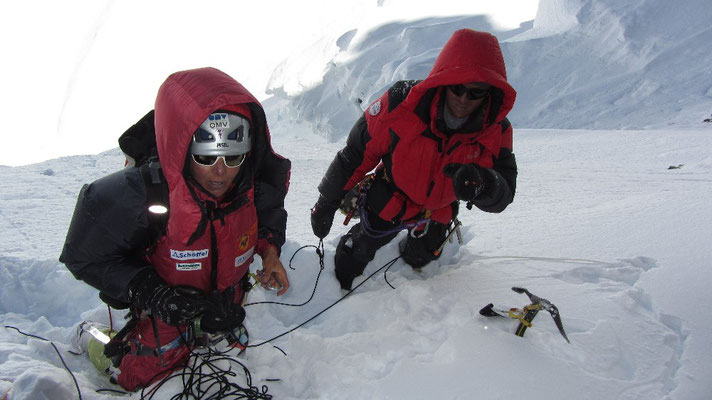 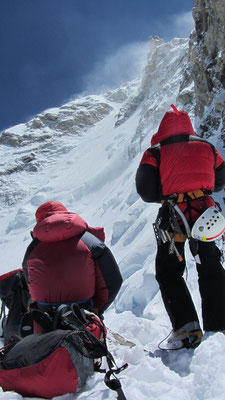 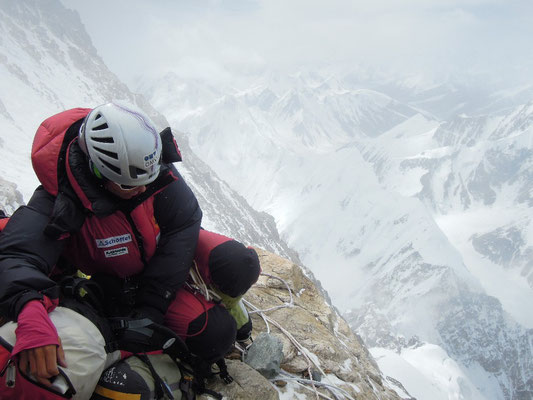 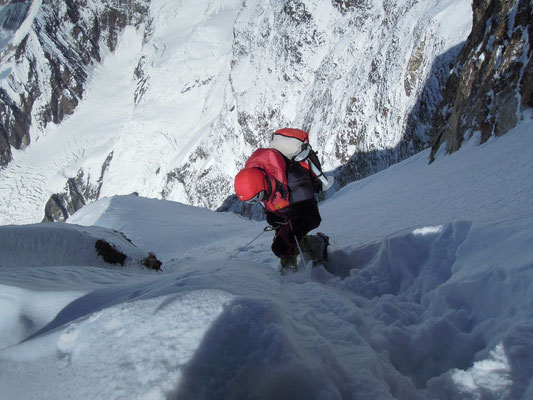 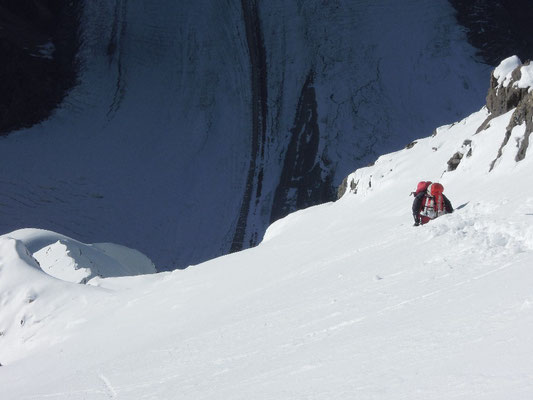 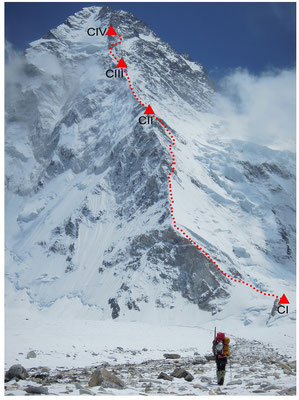